How Early Should We Book A Removalist? 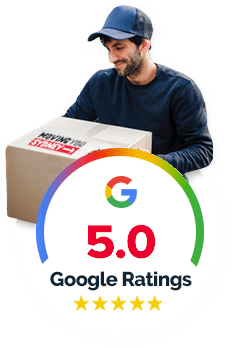 How Early Should We Book A Removalist?

Although the exact timeline of your move depends on where, when and how you are going to move, but we suggest you to book a removalist as early as possible. If you want a seamless move, then you can book a reputed Sydney Removalist a couple of months before the date of moving. But if you move in the summer season, then it is better to book at least three months before the date.

Book as early as you can

If you are moving to your new home, across the country or even just down the road, you always want your removalists to be booked as fast as possible. So when you are moving, book the removalists a couple of months in advance.

You might end up with no removalist if you think of booking a few days before your date of the move. Early booking will help you reach out to the best Removalist Sydney has, at an affordable cost.

So if you keep on waiting, there are chances that the best removalists won’t be available on your date of moving. You might also end up with poorly rated moving companies. It would bring several other issues into the scenario.

Look out for other options

There are some other options too that you can explore, like contacting moving container services. These are removing opportunities which require you to load your valuables in the containers, which they would drop off at your home.

Relying on the season of moving along with the type of move, you might require to either book a few weeks or a few months in advance. Indeed, you would always want to book a type of move which would be the earliest for you.

The summer season is also very busy and the usual season of buying homes. This further indicates that a larger number of people tend to move during the summer season.

During the off season you might have a chance of better selection without much prior notice. But you should still book your removalists as early as possible.

Every situation would not allow you to book your removalists at once. So if you want to book as early as possible, then book the right movers for you as soon as you get to know about your date of moving.

You can also learn about how far in advance you would be able to cancel the removalists for receiving the refund for the deposit amount you paid.